Publishing DHT22 data via MQTT with an ESP8266

Some time ago I picked up a couple of ESP-01 modules with the intention of using them as wireless temperature/humidity sensors coupled with a DHT22.

Initial investigations took place at the Perth Artifactory "Arduino-U" evenings - I managed to put on a nodemcu lua firmware and found a few (varying) dht22 libraries. however I couldn't ever manage to get it to consistently publish the information to my message broker - it'd do one or two and then lock up. I dug it out again recently and decided to have another go - especially as Pete Scargill seemed to be having success with them (running native C).

So trying to 'revert' to a newer espressif release turned out to be non-trivial - installing the relevant toolchain needs multiple bits. I gave up and noticed that there was a newer (0.9.6-dev_20150704) nodemcu release, so I gave that a try.

First discovery - There's native support for the dht sensors in the firmware, so to get the current values all you need is a

So, I trivially modified the example mqtt.client from the docs and uploaded it with luatool. I'd already set my wifi parameters by hand, so it was connecting to the network at power on automatically. Once I was happy that my 'pub.lua' was publishing OK, I added a trivial init.lua (also available on the gist)

Some points to note from that gist:


so I now see a pretty

every 5 s ("mosquitto_sub -h broker -t '#' -v" makes for great sanity checking), which is great but not terribly pretty. Thankfully I have a websocket enabled mosquitto broker running, so I'd already dabbled at some html display. so I took jpmens' dial example and altered it to one of the other gauge styles. and lo... 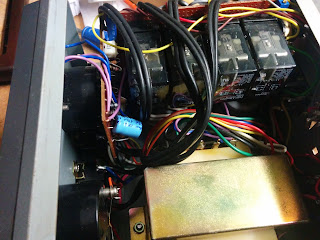 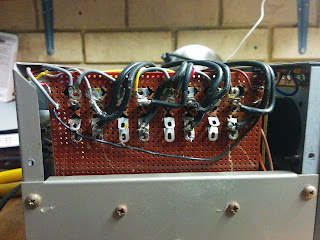